The history of indoor plumbing is filled with fun facts. For instance, did you know that the word “plumber” is derived from the Latin word for lead “plumbum?” In the U.S. indoor plumbing was originally only in hotels because it was considered a luxury.

In 1939, Al Moen invented the first faucet that ran both cold and hot water out of a single tap. Plumbing history is full of interesting facts and stories. Curious to learn more? Read on.

The Early Days of Indoor Plumbing 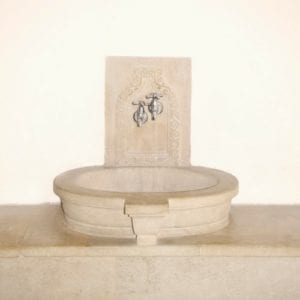 It is widely believed that the first plumbing dates back to sometime around 4000-3000 B.C. in India, where a crude network of pipes was found in the ruins of a palace.

The Egyptians built copper piping that serviced bathrooms in their pyramids. They had latrines which they were able to flush by hand with buckets of water. Waste traveled away through pipes. They also installed these bathrooms in the tombs for the dead.

The belief was that the dead still required many of the same comforts that they had when they were alive, which is why they were buried with food, water, and a bathroom. The Romans are noteworthy for a number of plumbing innovations.

First, they changed their plumbing material from copper to lead, which helped a great deal with sanitary conditions. Second, over a few hundred years, they built an extensive aqueducts system that supplied their bathhouses.

These bathhouses had the luxury of hot water and steam rooms. The water was heated with the help of a furnace.

Versailles Was Luxurious, But No Toilets

Marie Antoinette was known for her lavish tastes, but her Versailles palace was lacking in the hygiene and toilet department. The palace didn’t have a single indoor toilet, which was a problem considering how many people were in her court (thousands).

They used commodes, stairwells, hallways and outdoor courtyards. Needless to say, Versailles had a well-earned reputation for being smelly. 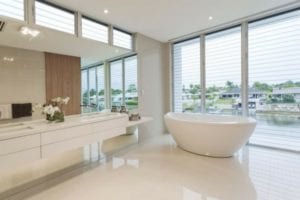 Plumbing has evolved over time to meet the needs of society in a given time period. One concern for homeowners in our community of Burlington, NJ is water waste- both from water bills and from an environmentally point of view.

New plumbing technology lets you greatly reduce your water use. Low-flow shower heads restrict the flow of water and dual flush toilets let you control exactly how much water you need to use.